One of the greatest challenges I have as an artist is to stay with any specific medium. It’s true. One year I will be making resin toys, another year writing books, then suddenly laser cut wood, and then, from out of no where, video games. OK, shiny things distract me. It seems every time I grow an audience, I move on to a different art form. I don’t mean to abandon any of you. It’s like I’m unaware of everything else. I’m inside my own head, and each art project inspires the next in a most nonlinear way. I don’t ask my muse why, I just do as she commands.

Because I’m a cartoonist, I have always been into animation, but never very good at it. Many years ago I made a ton of clunky Halloween inspired animations that are still up at JackOLanern.ORG for your amusement. My buddy Mark Harvey and I recorded the Halloween songs, and I animated them using Flash, but Flash does not work on iOS devices, so it’s a thing of the past. I wanted a new animation program to replace Flash. You will notice my Halloween animations are simple, jerky, and have a basic graphic style. What I realized is that my style would be better for video games. That way the simple animations could come alive. It’s more fun to have control over the characters and join the interactive adventure. Gaming was the next logical step from the Flash animation, so I have begun making retro style arcade platform games.

Because I’m an art teacher with all that art school behind me, I have a thing for ancient art history. Since all that stuff is well over 100 years old, it is public domain. I thought it would be amazing to use art history as settings and sprites for video games. I could call it the boring art history series, or something like that. I started with Egyptian Hieroglyphs, because they already look like a platform video game to me! The game, Papyrus Underworld starts out a bit somber, but as you work your way and find the secret entrances into the underworld, the deeper you go, the crazier it gets. Eventually you will find your way to Eternity and join the never ending party.

To continue the boring art history series I used 17th century woodcuts of witches and demons to make a very naughty game based on a terrible real life court case documented in France 1677. The Affaire Des Poisons unveiled many cases of poisoning, Satan worship, child sacrifice, and lead to many witches being burned at the stake. In the game you play the top witch, gathering babies for Satan to exchange for potions to turn you into different demons, imps, and familiars with which you play the game with all new super powers. It’s cute, it’s creepy, it’s cool.

Art history does not have to wait any longer. I will cut it up, make it’s arms and legs wiggle, and let it dance around and party once again! I will admit I need a rest. I’m a bit of a wreck. To give these drawings and paintings life I have to give up a little of my own. I’ve been doing nothing else but making these games since I started. The game engine I use is called, Buildbox. It is a subscription cloud software, which means I am always paying for it. That motivates me to get ROI on the software. To do that, I have to make a lot of games and promote them so the games get players. All of that is new to me. I’m not a social media person either. I’m a recluse. Promotion is the hardest part for me, or at least the part that comes the least natural. I just want to be making stuff. I get lost in it. Who knows where the next good idea will come from? I forget there’s a world, and it feels great.

So I hope you will play my games. I hope you will tell others about them too. Share a link or screencap on your social media or Instagram. I’m all alone in here. It’s kinda dark and scary, but I’m used to it, so don’t worry, I’m OK. Have fun, and let me know what you think. Thank you for being you. Happy gaming! 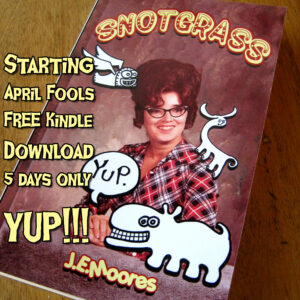 It’s the summer of Wiggly Loaf. Don’t get weird. 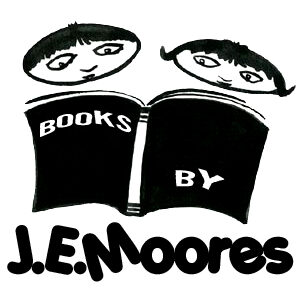 Here is a list of books written and illustrated by J.E.Moores Flanders Lane – a summer in our little red cabin by Washington Pond, Maine. Video 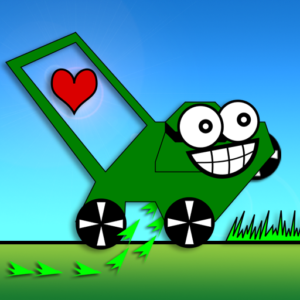 It’s a beautiful summer day and it’s time to mow the lawn… For each patch of grass that Mow Mow cuts, Mow Mow gets 3