Many of our fears of witchcraft come from the series of 1677-1682 investigations known as the Affair Des Poisons which focused on two notorious French Fortune Tellers, Catherine Monvoisin (La Voisin) and Marie Bosse (La Bosse). They sold love potions, good luck potions, and a hot little item referred to as inheritance potions, which was a very fancy name for poison. For a nominal fee La Bosse would sell these potions and powders, and instruct you how to use them. Wives could escape marriages,  family members could inherit wealth, and lovers could remove rivals.

Woodcuts illustrating witches mixing potions, sacrificing babies, and consorting with devils were partly inspired by La Voisin and La Bosse’s 17th century crimes. La Voisin conducted Satanic black masses with the French aristocracy at her side including King Louis XIV’s favorite mistress, Madame de Montespan. Mme Montespan fearing that the king may soon tire of her, was willing to sell her soul to the devil, and poison her rivals, to keep her position.

After several poisonings and murders, the scandal made it to the court’s inner circle where the king feared for his life. Many deaths among the aristocracy were attributed to the secret sale of poisons. It led to a 5 year investigation and the systematic torture and execution of 36 people by burning at the stake.

La Voisin had been a midwife by trade. She secretly performed illegal abortions, and used the fetuses to conduct Satanic black masses for her wealthy clients. It was confessed by Madame Montespan that she paid La Voisin a great fee to conduct a black mass that involved a child sacrifice. During the investigation the remains of 2,500 infants were dug up in La Voisin’s garden. The horrific news spread across Europe. The woodcuts that illustrated the news stories of the time created mass hysteria and fear of witches worldwide. I have always had a fascination with these old world depictions of witches. Because monsters and creatures are a feast for the imagination, I have made a video game based on 17th century woodcuts of witches, demons, devils, and imps. The game is oddly cute, while maintaining all the underlying horror of it all. It’s a strange trip, because you’re playing as the evil La Voisin herself, out on one of her terrible crime sprees!

The game starts out with La Voisin running around the countryside with Madame de Montespan. The two of you are collecting all the babies you can find, you know, for Satan. Babies make you feel indestructible, but only for a little while, so you need more, MORE Babies! You must avoid the angry mob of Bible thumpin’ church goers, and find your way to Marie Bosse’s Potion Shop. There you can trade your babies for different imps and familiars to do your evil bidding. Once you’ve paid Marie Bosse’s fee and unlocked the creature of your choice, you can play the game again with all new powers in the form of a flying demon, witch on a broomstick, sweet little pig, or a very handsome goat. It’s wicked good fun, and you’ll only go to hell a little bit for playing this game! Just a little. Like the thumb you tap with. It could be possible that your thumb might go to hell for playing this game.

Enjoy your evil rampage. You know you’ve earned it. The Affaire Des Poisons video game is available for free for Android on Google Play and in the iOS app store. I am awed and inspired by the fierceness of the Hindu Gods. The ancient temple paintings and posters are infinitely detailed and meditative. I get 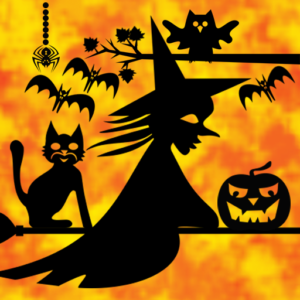 Halloween is my favorite holiday. I love everything about it. Dressing up, fun spooky images, the leaves all turn beautiful colors, and lots and lots 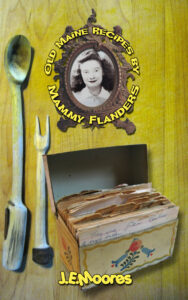 I have compiled Mammy Flanders’ recipe box with all kinds of yummy snack recipes available as a Paperback book or download in Kindle format. Be